The double yellow line in the middle of roads means Do Not Cross. If the road is painted correctly, every time there is a spot where a driver needs to turn, the double yellow lines are changed to single dashes, just so the driver of the car won’t be breaking any laws by making a turn. 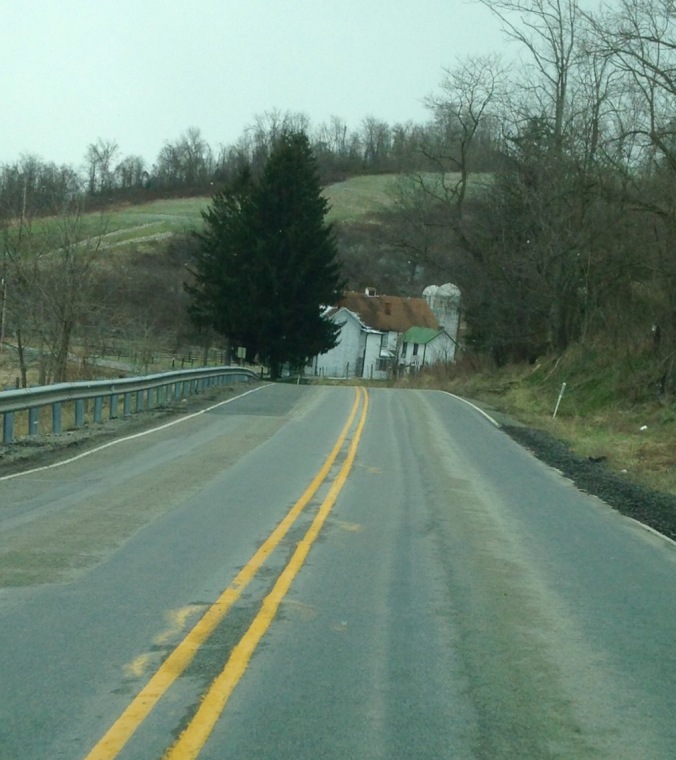 I’ve always tried to keep this blog politics free. Mostly because I’m the only one who agrees with my political views. Conservative on some issues and liberal on others, it’s no wonder I can never find anyone for whom to vote…

I didn’t vote for him.

I didn’t vote for her either.

I am one of those millions of displaced voters who didn’t like either choice. I need a different party, a third party, that’s located somewhere near the double yellow lines in the middle of the road.

I need a different kind of leader: one who is kind, compassionate, cares about people, is true to their beliefs, and unafraid to stand for honesty or do the right thing. Someone who isn’t crude, crass, or speaking out of both sides of their mouth. A Gentleman. Or perhaps, a Lady.

During the debates I did write a post poking fun at both of them; but it languished in my drafts until the election was over, and by then it was pointless. I never posted it because I didn’t want to join the ear-piercing, country-dividing, online dissonance.

It reminds me of the sixties when the country was divided over the Vietnam War, race issues, women’s issues, and sex. Old people said the young kids were going to hell; young kids said the old folks were rigid, straight, and out of date.

The country is still divided over war, race issues, women’s issues, and sex. Add immigration, the environment, and trade wars and, well…. Plus ça change, plus c’est la même chose. Or maybe this one: There is nothing new under the sun…(Ecclesiastes 1:9)

Last week, I was an unhappy Republican. This week, I am an unhappy Democrat. All it took for me to switch parties (on the last day that I could before the primaries) was a letter from the president. With his picture on the envelope. Nope, not gonna happen again. I don’t want anyone — even the mailman — thinking he was my choice.

I guess that’s why the country is divided on either side of the double yellow line,

and the only answer I have is this: Love your neighbor as yourself. (Mark 12:31)

You mean politicians are my neighbors? Yep, it’s hard.