Yes, (sigh) perfectionism has been addressed here before. Twice. Part 1 and Part 2.

Let me introduce you to the two characters in this drama —
Mr. H.C. Dunright and Mrs. AHC Doquickly.
Was the tension
and dissension
when one strives for perfection
mentioned?

Things need to move quickly because there is now a CLOSING scheduled on the City House.
Hooray and Hip Hooray.
Thumbs up!
Prayers answered,
and a sale in the middle of January, yet!
And now,
they have only until the end of February to GET THINGS DONE.
Dunright, that is.

Because in March, there is a move scheduled on the calendar.

Mrs. Doquickly hasn’t yet waxed poetic over this end to the three year saga
of renovating a little cottage in rural Pennsylvania.

That might be because
the charming little cottage
isn’t quite renovated.
Yet.
Not everything is Dunright.
Yet.

However, Mr. Dunright and Mrs. Doquickly are both working feverishly
to get as much accomplished as possible for two more weeks.
And then there will be pictures.

In the meantime, they are looking for that perfect middle ground
between Dunright and Doquickly.

That perfect middle ground where the uneven floors look level
and the crooked walls look plumb. 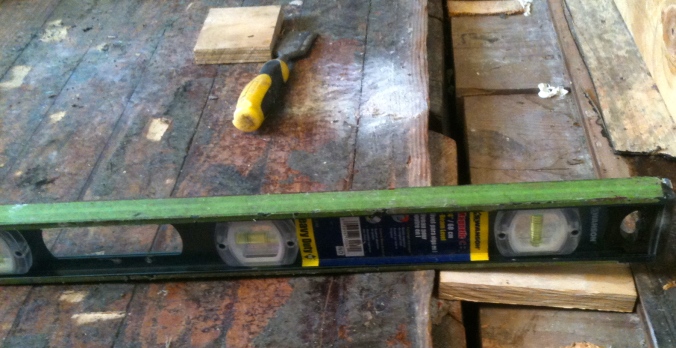 Indecisiveness is a sad malady to have — I cringe when I see others afflicted. Yet I confess to having bouts of it myself.

I’m not sure how I got this virus, but I’m fairly sure it was a birth defect and there’s no cure. I’m thinking of starting a non-profit for research — if you would like to donate to The Race to Cure Indecision, send me a comment, and I’ll be sure to get back to you with a donation form…or maybe you could just send a check…or maybe you should wait until some office help is hired.

I like input from other people; it starts a conversation and helps me narrow my focus. Talking it out helps me decide; perhaps it is a side effect of perfectionism? The fear of making the imperfect decision leads to making no decision at all. Sigh. (This is why deadlines are good!)

Yesterday’s photo challenge was Mystery and the directive was to play with light. Play with light? Play with color? Aside from playing with words, those are some favorite things to do.

It was twenty five degrees outside, but the sun was shining. So the iPhoneographer went walking during the morning golden hour, freezing her fingers and toes, but having fun. And since I had such a hard time deciding what photos to choose, here are some shots; first in black and white (most mysterious) and then in misty color. 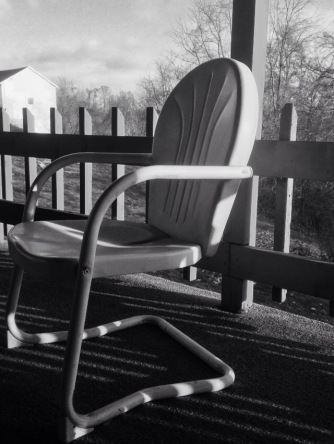 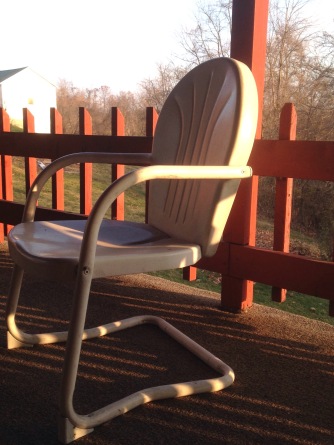 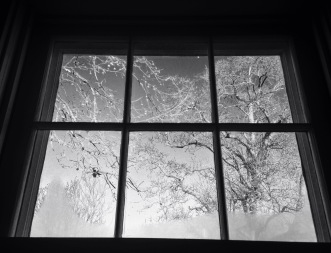 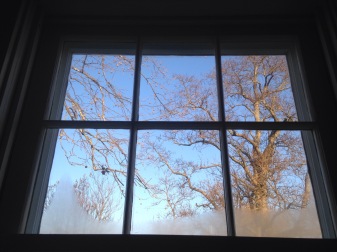 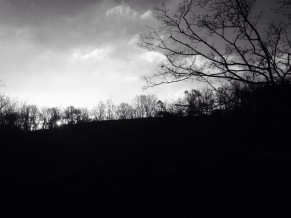 the quality of mercy is not strained… 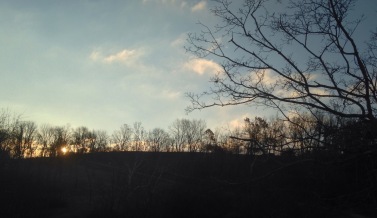 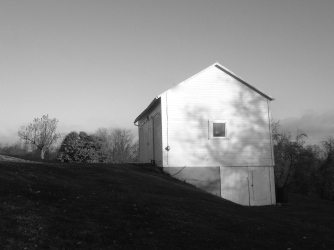 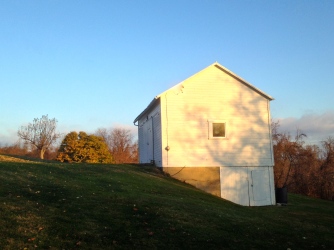 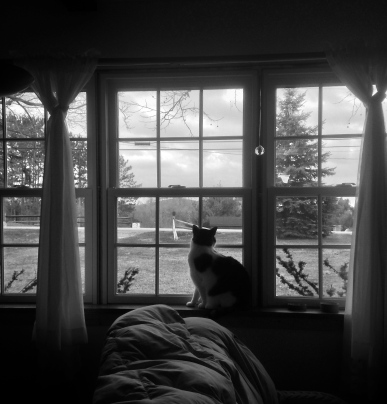 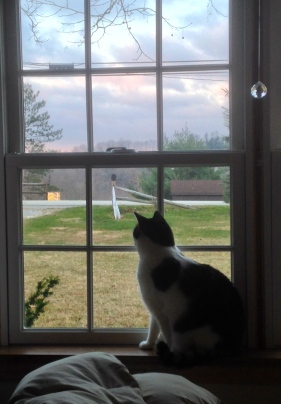 Start a conversation — tell me what you think. What attracts you to a photo?

Do you prefer color or B&W? Which of the above photos speaks the word Mystery to you?

Or maybe you can’t decide either? It’s okay, I’ll let you in my club.

The DIY era is generally considered a good thing, right? In this age of instant how-to information, anyone can do anything.

And lately I’ve been wondering if that is a good thing.

I’ve had lots of time to think on this. In fixing up two old houses, Mr. H. C. and I have also been fixing other peoples mistakes. And all the time I’m thinking, ‘If you couldn’t do it right, you should have called a professional!’

The running joke at the cottage is that it was wired by Joe’s Electric. And we laugh and say its a good thing Joe was Mr. H. C.’s dad, otherwise he would come in for a lot of criticism.

Whoever painted the basement took a giant brush and five gallons of gray latex basement paint and slopped it over everything. Door knobs. Door hinges. Metal floor drains. Electrical outlets and the covers. The lock and chain on the door. Not to mention the concrete floor.

There are slops, drips, and globs everywhere. Bristles from the brush left in the dried paint. Corners of trim left unpainted because it was, well, hard. And suddenly, it is my issue. If I just paint over the mess, now I’ve become the sloppy painter that I’m criticizing. And frankly? I don’t want the next owner complaining about me and my workmanship.

This is what worries me. What if the DIY trend is just acceptable mediocrity under the guise of pride in accomplishment? 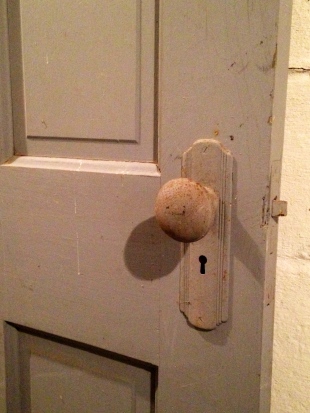 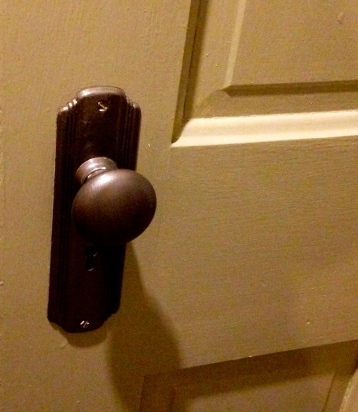 I’m a DIY-er from way back — I helped build my first house starting in 1978, before the first Home Depot even opened its doors — so I’m including myself in this. In the interest of saving money, or pride in accomplishment, or whatever else drives us to do it ourselves, are we accepting a lesser quality than hiring someone who knows how to do it really well?

A few weeks back a blogger posted a photo of a coffee table she had painted. It looked lovely, though the photo was taken outside and there were shadows on the table. A professional furniture painter commented (very rudely) that regular people should not take on projects they can’t do.

Rudeness and Inappropriateness aside, I get what he meant. He is a professional who has honed his skill for many years and is trying to make money at it. And here come the amateurs saying Hey. We can do that! Let’s just buy some chalk paint. Or better yet, let’s make our own… 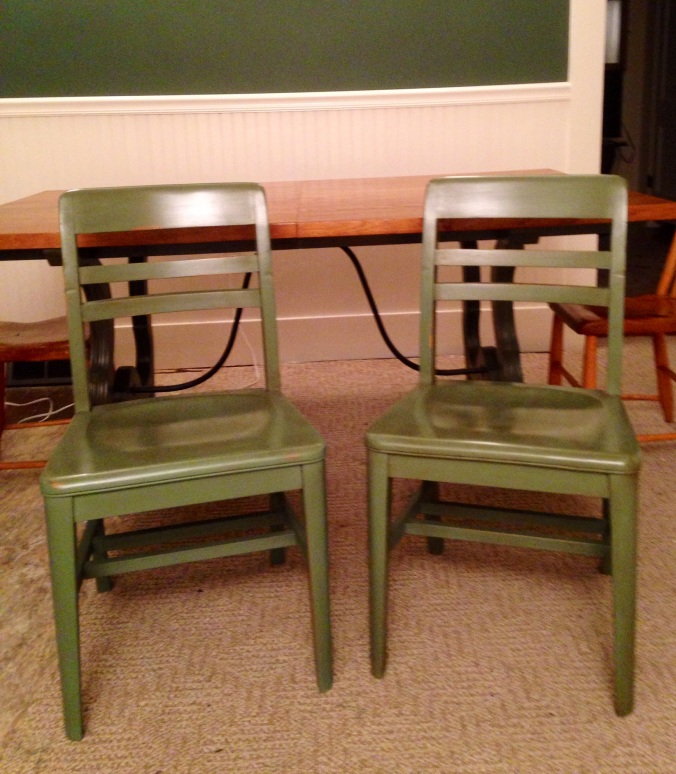 My chalk-painted chairs, $5 each from St. Vinnie’s, and painted with DIY chalk paint.

I’ve done it. In fact, I do it all the time. Why should I pay someone else money when I might be able to do it?

Do you think it might be part of our national character? After all, most all Americans came here from somewhere else because someone we’re related to thought they could do better themselves.

As a recovering perfectionist (and married to one who is not yet recovered) I suggest that if a thing is worth doing yourself, it’s worth doing well.

Mr. H. C. is a professional who has been called in many times to rescue homeowners who got in over their heads. And I think it’s great that they had the humility to admit they couldn’t do it. I wish the former owner of our city house had called in some professionals.

When Mr. H. C. considers doing something sub-standard, he usually says, “No, it’s against my morals to do that.” I usually smile when he says that, because, really? That’s the way everyone should work all the time. No matter what you are being paid, no matter who you are doing the work for, no matter how much (or how little) time you have to do the project. It should be “against our morals” to do sub-standard or sloppy or careless work.

If not for yourself, at least for the people who come after you, who have to fix your mistakes…