We spend a lot of time dithering…

Trying to figure out every angle before we start, so we won’t be surprised.

It never works, and we just end up with a work stoppage.

Yesterday, after a morning of spectacular dithering, I wondered to myself why we don’t discuss these problems on the way back and forth from house to house. We’ve got plenty of time; the drive is at least an hour, and that’s if all the cars and drivers are behaving. (And the cat; when the cat misbehaves we end up with a conversation stoppage…).

But then I realized that we don’t discuss these problems because they are Unforeseen. Unexpected. Unknowns.

While we were dithering
about the project
before we started,
we never thought THAT
would happen,
even though
we thought
that we had thought
of Everything
causes dithering again.

When the cottage first became ours, it was rather like a new romance. Oh, we wandered around thinking of possibilities — how grand it would be if we could put in hardwood floors here; and maybe we could raise the roof there; and perhaps if we enclosed this part of the back porch it would make a lovely guest bedroom…
The basic plan was to bring the cottage back to the way it looked originally (as close as we could get it, at least…) That wasn’t dithering; it was dreaming, and wondering, and expanding possibilities.

But the honeymoon is over now because we have spent almost every spare moment working on this cottage. Nothing can surprise us now, and some of the charm has been lost in the reality of sweat, blood, finances, time, discussions, and just plain exhaustion. It’s an old house; suddenly we have to move to plan B because the furnace blew up. Or suddenly we have to leave Plan A to fix the roof because it is leaking. Or suddenly we have to change Plan A because the new siding isn’t quite the same as the old siding… Can we just be done already and get on with life?

No? Then, let’s at least stop dithering and get on with the plan. (Uh, was that Plan A or Plan B?)

The troubles come when glitches occur in the actual plan. Sort of like life? Glitches abound. And are we going to dither; or are we ready to accept the problem, embrace the setback, and make the delay part of the plan?

And here is where Jesus can help. If we are trying to live life according to His plan, well then, it’s His plan — it’s not our plan. We just like to think it’s our plan and that we are in charge. And when we get too uppity about it, God will remind us. Most of the time He reminds us gently, and that’s when we are to say, “Oh, yes. God, it is yours, not mine. Forgive me for trying to take over.”

Sometimes it’s a big thing; sometimes we just see through the glass darkly and we fight and kick and struggle for weeks, months, years… until the glass clears and we finally get it — the fight belongs to Him, not us. He made us and we are his. We are his people, the sheep of his pasture. (Psalm 100:3)

We dither because we are sheep. I know, it’s not a pleasant comparison, but there it is. Picture sheep running around the gated pasture bleating in confusion. Going nowhere and running in those circles cause befuddlement, bewilderment, agitation, and demoralization. Don’t ask me how I know this… (Read Luke 15 to be reminded. I need to be reminded of this often…)

But we have a good shepherd to lead us — one who never gives up on us no matter how far we wander;

one who constantly cares for us if we would just allow it.

Note to self: Dithering is believing that your own plans might be better than God’s amazing plans! Embrace the delays and know that you are being taught something important.

Note to God: “Yes, God, it is truly yours, not mine. Forgive me for trying to take over.” 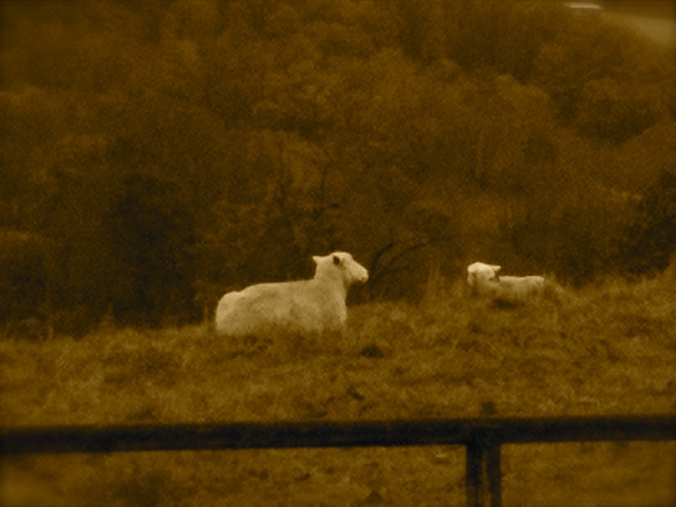