The Road Winds Around

The road winds around through time —
a gray concrete ribbon now,
edged with yellow and white lines.
But before now, then,
then there was a land between two rivers —
inhospitable high forested hills–
stopped the glacier eons ago.
The narrow lands in the valleys curve around the next hill;
the banks of the meandering stream
that connects the two rivers
are the only flat lands
until Ohio. 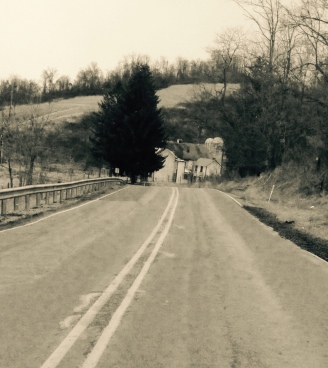 Deer and bear and Native Iroquois carved out the first path —
the leaves and dirt compacted and hardened by the feet of
animals, wild and domestic; people, wild and domestic.
The route was never chosen, never drawn on paper;
it just became.
Horses picked the easiest way up the high hill;
moccasins chose the slowest curve for walking downhill;
wagons took the flattest way along the stream’s flood plain.
And year after year, as the trees grew and changed colors and dropped their leaves,
the path grew and changed
into a road. 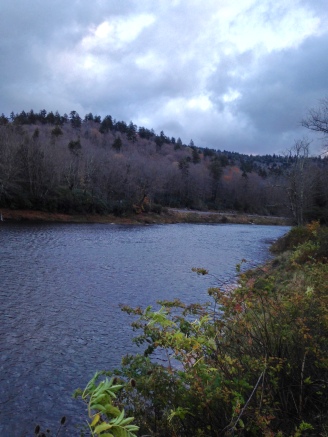 As the road grew wider and harder,
an inn appeared on a long slow curve, where water was plentiful.
The land was flat and spacious for carriages and wagons and horses.
At thirty miles between the towns,
it was a pleasant stopping point between two arduous rides.
Farms dotted the road in between the ridges and woodlands;
sheep proliferated on the hilltops,
cows lived in the narrow valleys
where barns were wedged
between the hills.

Even the industrial era —
coal mines and the discovery of oil —
did not bring more traffic to the hills and curves of the road.
Rather, the oil barons and the coal companies used barges
to float the precious cargo
up and down the rivers to Pittsburgh.
When barges no longer sufficed,
railroads were built on the flat river banks
for the transport
of black rock and black gold. 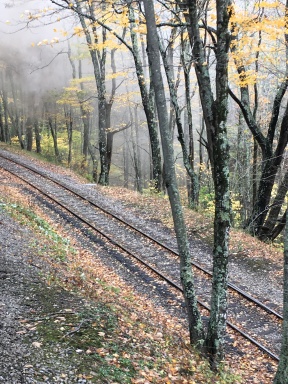 The surroundings were home
to coal, oil, and gravel,
and the road was macadam,
until Mr. Ford’s Folly was assured.
In 1935, workless men were put to work
laying asphalt over the macadam;
the steam engines and rollers puffing and belching
to get to the top of the hills with picturesque names:
Tin Can Hill, Clearcut Ridge, McFeeter’s Knob,
String Bean Bluff…

The inn, vacant for years, burned to the ground in the thirties,
and a small filling station took its place.
The flood plain by the creek held picnic tables
for families traveling in their new cars.
Family farms were handed down to the next generation of farmers,
never wealthy, but never hungry;
self-reliant but good neighbors;
taciturn, but full of life;
independent, but willing to serve.

And then the era of speed flashed
upon the road–
a lightning bolt in a summer storm.
The Pennsylvania Turnpike,
the first high-speed road of its kind,
opened for business in 1940,
and moved those cars and trucks
across the Blue Ridge Mountains,
linking Philadelphia, Harrisburg, and Pittsburgh.
Seven abandoned railroad tunnels were used for going, not over,
but through those mountains.
Cars and trucks traveling ever faster,
left hills and curves behind in favor of straight, wide, and flat. 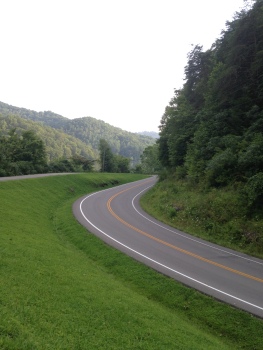 There was no straight, wide, or flat
on the road between two rivers.
No.
The road winds around
between hills, valleys, trees and farms,
and is left in the dust of the modern world of speed,
instant indulgence, and time saved.
Those who have chosen that mostly peaceful life
are mostly happy with their choice.
The restless have moved on;
the educated children have moved away
to bigger cities, better jobs, faster lives.
The straight, wide, flat roads bring them home to visit,
only to leave again and again. 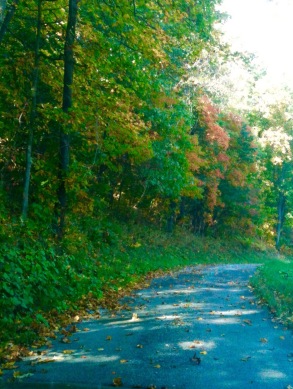 Those who stay have chosen place over pace,
paucity over plenty,
peace over prosperity,
people over public.

Just as the hills keep away hurry,
the hills isolate and divide
those who stay on purpose
and those who are left
in the dust.

The road winds around through time,
telling its story to those
who will take the time
to listen. 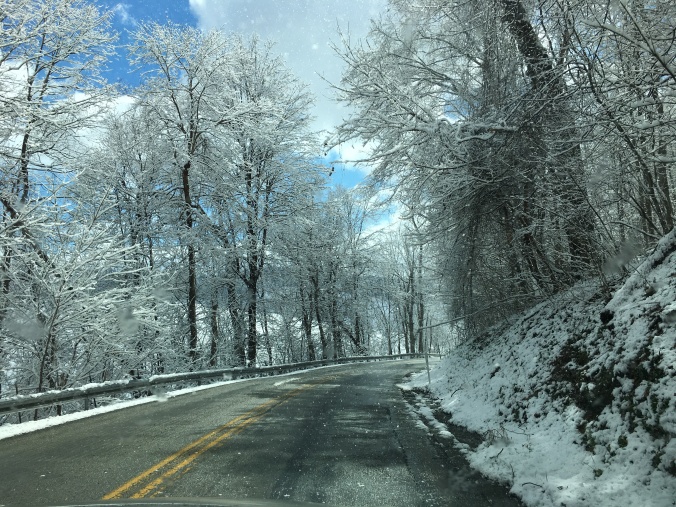 This is actually taken from a novel I’m writing. I’d be glad for comments.

2 thoughts on “The Road Winds Around”