“A fool takes no pleasure in understanding but only in expressing his opinion.” — Proverbs 18:2 (ESV) I also enjoy Eugene Peterson’s translation of this verse in The Message: “Fools care nothing for thoughtful discourse; all they do is run off at the mouth.”

There is also a similar sentiment in Proverbs 11:12 that reads: “Whoever belittles his neighbor lacks sense, but a man of understanding remains silent.”

These traits are the exact opposite of what and how a humble servant leader should be, do, act.

3,548 tweets in 2020 (as of Sept. 7) is an average of 14 tweets per day. In just the past few weeks the president has praised supporters of the right-wing conspiracy-theorist group QAnon; said that the actual number of deaths from Covid-19 was 9,000 instead of the official figure of about 185,000; given a campaign acceptance speech of longer than an hour;  encouraged his supporters to vote twice (which is a crime called voter fraud); claimed his opponent is controlled by “people that are in the dark shadows wearing dark uniforms”; resorted to name calling of the democratic vice-presidential candidate; has disparaged the military from the war heroes to the generals; he suggested that the governor of New York should be in jail; and last night he said, “Now I can be really vicious.” Not to mention the time he said he could shoot someone in the middle of Fifth Avenue and not lose his voters…

I’m tired of all this name calling, gossip, and belittling of neighbors. Isn’t it time for a president who cares for thoughtful discourse and stops running off at the mouth? 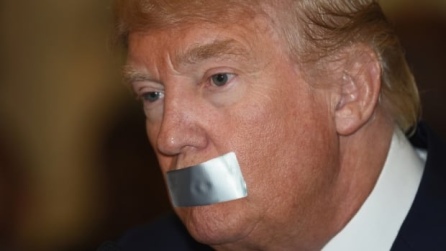